Reading Charles Dickens when travelling around contemporary China is always a disconcerting experience. Much of the coruscating disdain the great Victorian writer showed for the high levels of inequality and social injustice in the new society emerging at his time has resonance in a China undertaking its own breakneck modernisation. When Dickens writes of the degradation of the environment by polluting factories and the general chaotic progress of mechanisation and its disruptive impact on society it’s easy to lift ones eyes from the page and look at the smoggy air that frequently descends on Chinese cities, or the waves of garbage that cling to the surface of almost any water way in the country, and feel like one is back in his time.  Is the People’s Republic just going through the same turmoil the England of Dickens’ did, only on a vaster scale and more quickly? And if so, is there a writer of his stature who is giving the same testament to these issues that he so magnificently gave?

For sure, Chinese society now is simply brimming with topics and issues that a writer with even the most modestly fecund imagination might want to dwell on. But comparing something like one of Dicken’s most complex works,’Bleak House’ with anything produced by Mo Yan or a contemporary Chinese writer arouses, at least for me, a feeling of a story unfolding before our eyes with no one there quite up to adequately rendering it into the same cacophony of different voices and registers that Dickens managed. The   slip between Esther’s narrative and that of the narrator in  `Bleak House’ has proved contentious amongst critics. Even so, and even on that kind of very straightforward level, the one thing even the most inattentive reading of the book will bring out is a diversity of different voices, and different perspectives – a trade mark of the novelist’s work, but one which gives a novel like this from his maturity a complexity and depth which is unique.

Perhaps the one Chinese contemporary novelist who does strive to reach these standards is Yan Lianke. A recent New Yorker profile of him described his remarkable journey, from rural Hunan to Renmin University, Beijing. Yan’s sometimes almost hallucinatory style, according to many of his readers, captures something of the almost surreal, dreamlike quality of contemporary China. In that sense, like the best of Dickens’ work, it holds a mirror up to what it perceives.

Comparisons to Yan, however, also show a very obvious difference. Dickens was able, throughout his career, to write and publish freely, no matter how fierce his social criticism became. That gives his work not just its literary but its historic value. It does pay witness to both the moral and material impacts of fast, uneven, growth, on a society that had never undergone these things before. Not a single word of his work, as far as I know, was ever censored. And he died as a much feted and honoured citizen, even though one who had been deeply critical of the establishment of the time. Yan’s work, as the profile (available here: https://www.newyorker.com/magazine/2018/10/15/yan-liankes-forbidden-satires-of-china) makes clear, has been unavailable domestically for the last decade or so in China. That means that unlike Dickens, who was able to enjoy a vast audience deeply informed and situated in the world he was writing about, Yan has been deprived of this. His main readership, it seems, is outside China, where the reasons for reading him and the causes for enjoyment of his literature are different.

That raises one clear question about contemporary Chinese fiction and how it can really respond to the extraordinary changes in Chinese society now. The Victorian era industrial and social revolution happened largely in a society where there were wide freedoms and censorship from social conservatism rather than any particular political reasons. Without that latitude Dickens’ great work would never have been written. The answer to the question of where the Dickens the great chronicler of contemporary China is is the somewhat sobering one that if they were there, it is unlikely they would be heard. And what a loss that is. 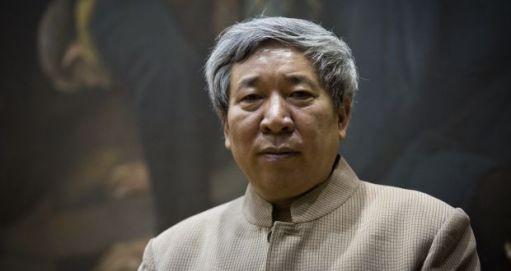